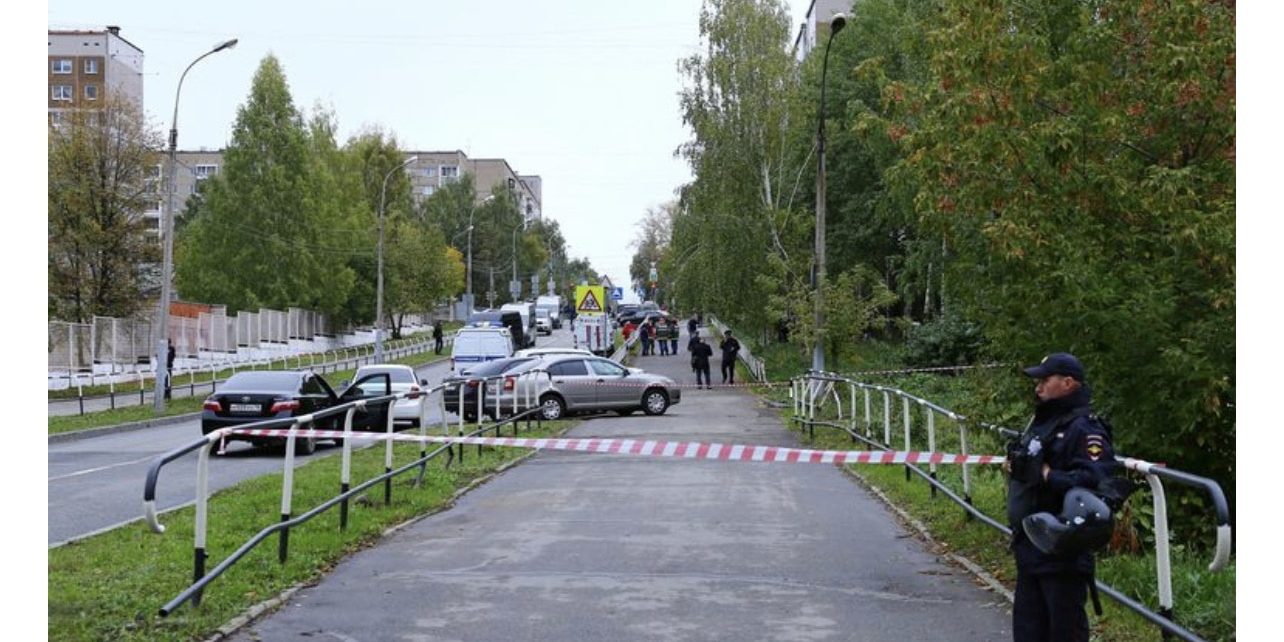 Six people have been killed and 20 injured during a shooting at a school in the Russian city of Izhevsk, Russian state-owned news agency TASS reported, citing local police

Officials said the body of the 34-year-old gunman was discovered by police at the scene while the motive for the shootings remains unclear.

At least 13 people – including seven children – have been killed during a shooting at a school in the Russian city of Izhevsk.

The Russian Investigative Committee said the victims also included two teachers and two security guards and they were killed by a gunman wearing a balaclava.

Another 14 children were among 21 people injured at School No 88 during the attack by a former pupil, according to officials.

Russian state-owned news agency TASS reported 13 people had died – and quoted investigators saying the attacker had been armed with two pistols and a large supply of ammunition.

Officials said the man was dressed all in black, with a red swastika in a circle drawn on his shirt.

The Udmurtia branch of the interior ministry said the body of the gunman was discovered by police at the scene.

The school was evacuated and the surrounding area cordoned off. The motive for the shootings was unclear.

The Investigative Committee identified the gunman as 34-year-old Artem Kazantsev.

In a statement, it added: “Currently investigators … are conducting a search of his residence and studying the personality of the attacker, his views and surrounding milieu.

“Checks are being made into his adherence to neo-fascist views and Nazi ideology.”

Kremlin spokesman Dmitry Peskov described the shooting as “a terrorist act” and said that President Vladimir Putin has given all the necessary orders to the relevant authorities.

He said: “President Putin deeply mourns deaths of people and children in the school, where a terrorist act took place.”

Governor of Udmurtia, Alexander Brechalov, said the gunman had shot himself.

Izhevsk is about 600 miles east of Moscow and is the capital of the Udmurtia region.

The school has about 1,000 pupils and is situated in the central part of a city which has a population of more than 600,000 people.

In May 2021, a teenage gunman killed seven children and two adults in the city of Kazan.

Last April, a man killed two children and a teacher at a kindergarten in the central Ulyanovsk region before killing himself.