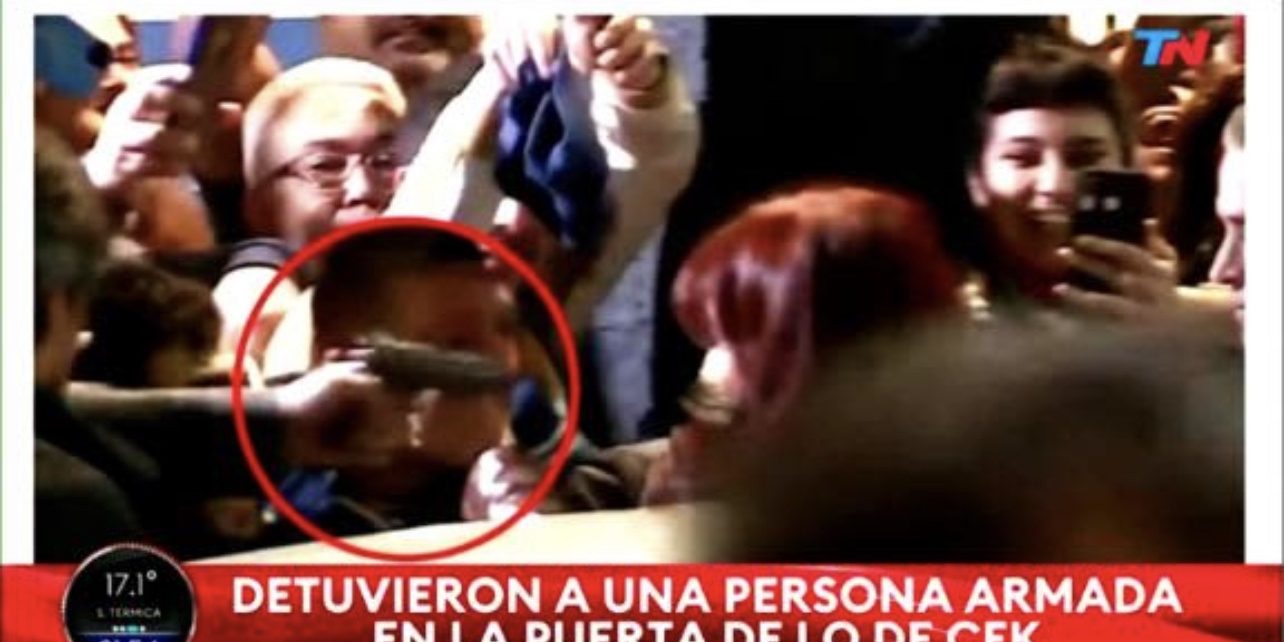 A man has been arrested after attempting to shoot Cristina Fernández de Kirchner, Argentina’s vice-president and former president, at point blank range outside her home in Buenos Aires on Thursday.

Kirchner was unharmed in the incident, which was captured on live television. Video of the incident shows a man approaching Fernández de Kirchner and pointing a weapon at her head at point blank range.

Although the man appears to pull the trigger, no bullets are fired, and he is taken into custody after a few seconds of confusion.

The weapon was a .380 firearm with bullets inside, according to the Ministry of Security.

The suspect was identified by Argentina’s official news agency Télam as Brazilian national Fernando Andrés Zabak. He was taken into custody by Argentina’s Federal Police.

President Alberto Fernandez is expected to address the nation at any moment.

Fernández de Kirchner served as President of Argentina from 2007 to 2015, before taking office as vice president in 2019.

The incident occurred during a rally by her supporters. The rallies have been taking place outside her home for several days, in response to an ongoing trial in which she is accused of corruption.

The incident occurred during a rally by her supporters. The rallies have been taking place outside her home for several days, in response to an ongoing trial in which she is accused of corruption.

Days later, her supporters clashed with police in the Argentine capital, with Télam reporting police used sticks and tear gas on protesters after a group of people knocked down fences near her home.

In 2016 a judge indicted Fernández de Kirchner along with 11 others on charges of corruption and illicit association, for allegedly directing public road works to a company called Austral Constructions during her presidency.