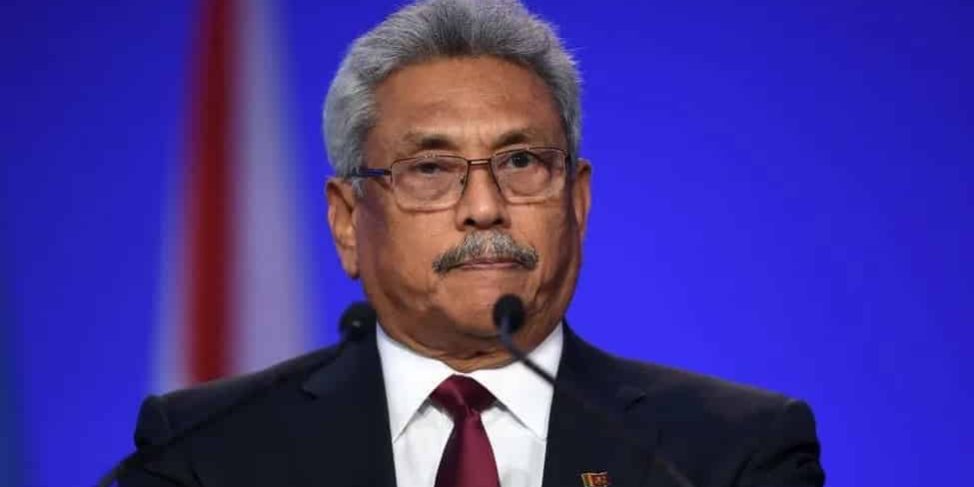 President Gotabaya Rajapaksa has fled Sri Lanka on a military jet, amid mass protests over the island’s economic crisis.

The country’s air force confirmed the 73-year-old flew to the Maldives with his wife and two security officials.

In his absence, he has appointed Prime Minister Ranil Wickremesinghe as acting president.

Mr Rajapaksa’s departure ends a family dynasty that has dominated Sri Lanka’s politics for the past two decades.

The president had been in hiding after crowds stormed his residence on Saturday, and had pledged to resign on Wednesday 13 July.

A source told the BBC that Mr Rajapaksa will not remain in the Maldives and intends to travel on to a third country.

His brother, former Finance Minister Basil Rajapaksa, has also left Sri Lanka and is said to be heading to the US.

As Sri Lankans awoke to the news, thousands of people took to the streets of the capital, Colombo. Many gathered at Galle Face Green, the city’s main protest site. Some listened to fiery speeches at a makeshift stage set up for ordinary people to take the mic.

Punctuated by cries of “Victory to the struggle”, the rallying cry of the protest movement, speakers railed against a government and the leaders they feel have failed them.

Sri Lankan Prime Minister, Ranil Wickremesinghe, has declared a state of emergency across the country and a curfew has been imposed in the western province, a spokesperson in his office said.

Police have fired tear gas to disperse a group of protesters who were walking near the prime minister’s office and towards parliament.

Some demonstrators were furious about Mr Rajapaksa’s departure, seeing a lack of accountability.

“We don’t like it. We want to keep him. We want our money back! And we want to put all the Rajapaksas in an open prison where they can do farm work,” said protester GP Nimal.

But 23-year-old university student Reshani Samarakoon told the BBC that the former president’s exile offered “hope that in the future we can eventually become a developed country, economically and socially”.

For months they have been struggling with daily power cuts and shortages of basics like fuel, food and medicines.

The leader, who enjoys immunity from prosecution while he is president, is believed to have wanted to flee abroad before stepping down to avoid the possibility of arrest by the new administration.

The president’s departure threatens a potential power vacuum in Sri Lanka, which needs a functioning government to help start digging it out of financial ruin.

Politicians from other parties have been talking about forming a new unity government but there is no sign they are near agreement yet. It’s also not clear if the public would accept what they come up with.

However, Mr Wickremesinghe is also deeply unpopular. Protesters set fire to his private residence on Saturday – he and his family were not inside – and he said he would resign to make way for a unity government, but gave no date.

That leaves the parliament’s speaker as the next most likely to step in as caretaker president, constitutional experts say. But Mahinda Yapa Abeywardena is an ally of the Rajapaksas, and it is unclear whether the public would accept his authority.

Whoever does become acting president has 30 days to hold an election for a new president from among members of parliament. The winner of that vote could then see out the remainder of Mr Rajapaksa’s term until late 2024.

On Monday, the main opposition leader Sajith Premadasa told the BBC he would be tilting for the presidency. But he also lacks public support and there is deep public suspicion of politicians in general.

The protest movement which has brought Sri Lanka to the brink of change also does not have an obvious contender for the country’s leadership.