A Nigerian 🇳🇬 YouTuber and Blogger who goes by the name “AJ Gist and Vibes has created a “video content” of John Dumelo lamenting his death on YouTube. 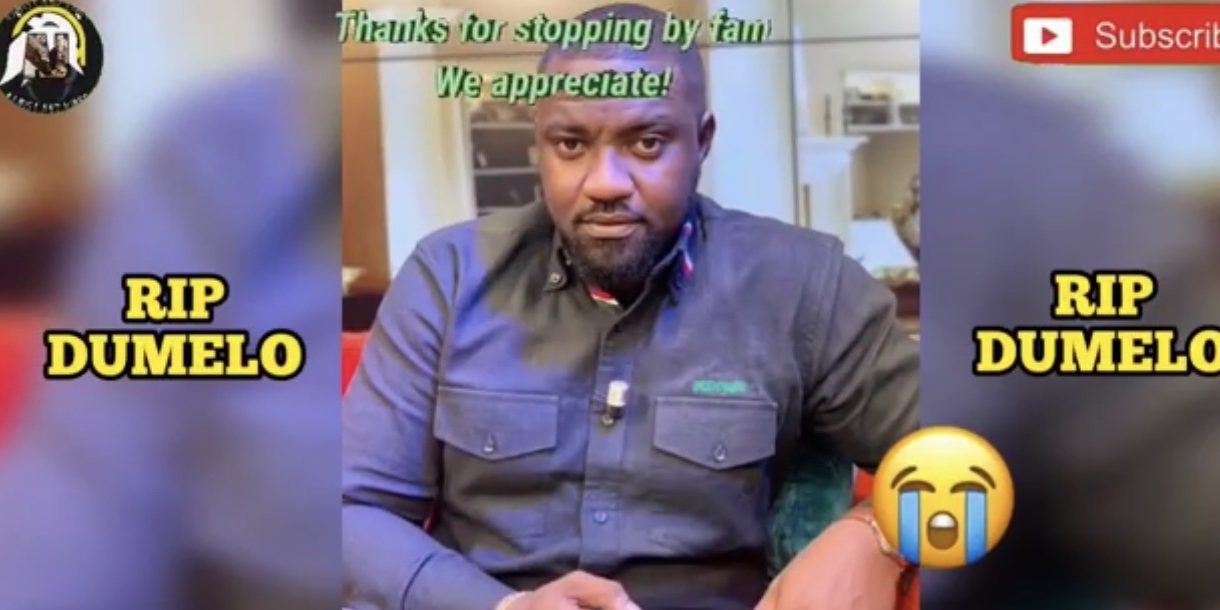 • A Nigerian YouTuber who claims John Dumelo is dead has over 1.2 Million views with over 200,000 subscribers after posting the video.

• He claims John Dumelo died of an illness.

• Daniel Jeddman bumped into the video on YouTube and brought to light.

• People still believe as well as sending their condolences.

John Dumelo, one of the greatest on screen sensations in Ghana and a politician has been greatly mistaken or lemmi say deliberately purported to have been dead. This lie was formulated by one Nigerian YouTuber, AJ Gist and Vibes.

This video must be reported and taken down immediately. This is unlawful and inappropriate to create false information to sterilize people’s emotions.

A German-based Ghanaian Gospel Artist and a Media Personality, Daniel Jeddman slipped unto this video on YouTube to draw the attention of John Dumelo himself. On the screenshot below, you’ll see a thread of conversations between concerned people.