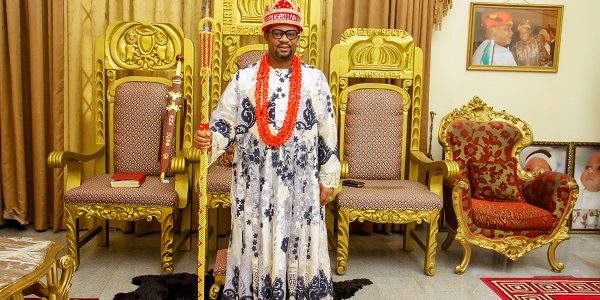 Presenting the items on Saturday , June 25th 2022 to the ward, HRM Eze Dr.Amb. Chukwudi Ihenetu disclosed that the presentation was to support pregnant women at the ward since they are the source of motherhood.

He added that it was also to offer them the comfortability at the ward during and after they have delivered safely.

Items donated include Washing Powder,Pampers ,Mineral Water,Diapers ,bathing soap and many others.

The officer in Charge of the Maternity of the hospital Major Noami Yaa Asantewaa Oppong who received the items on behalf of the Commander of the hospital Brig Gen Nii Adjah Obodai and Staff of the maternity division thanked the Igbo King in Ghana HRM Eze Dr.Amb. Chukwudi Ihenetu and his entourage for their kind gesture.