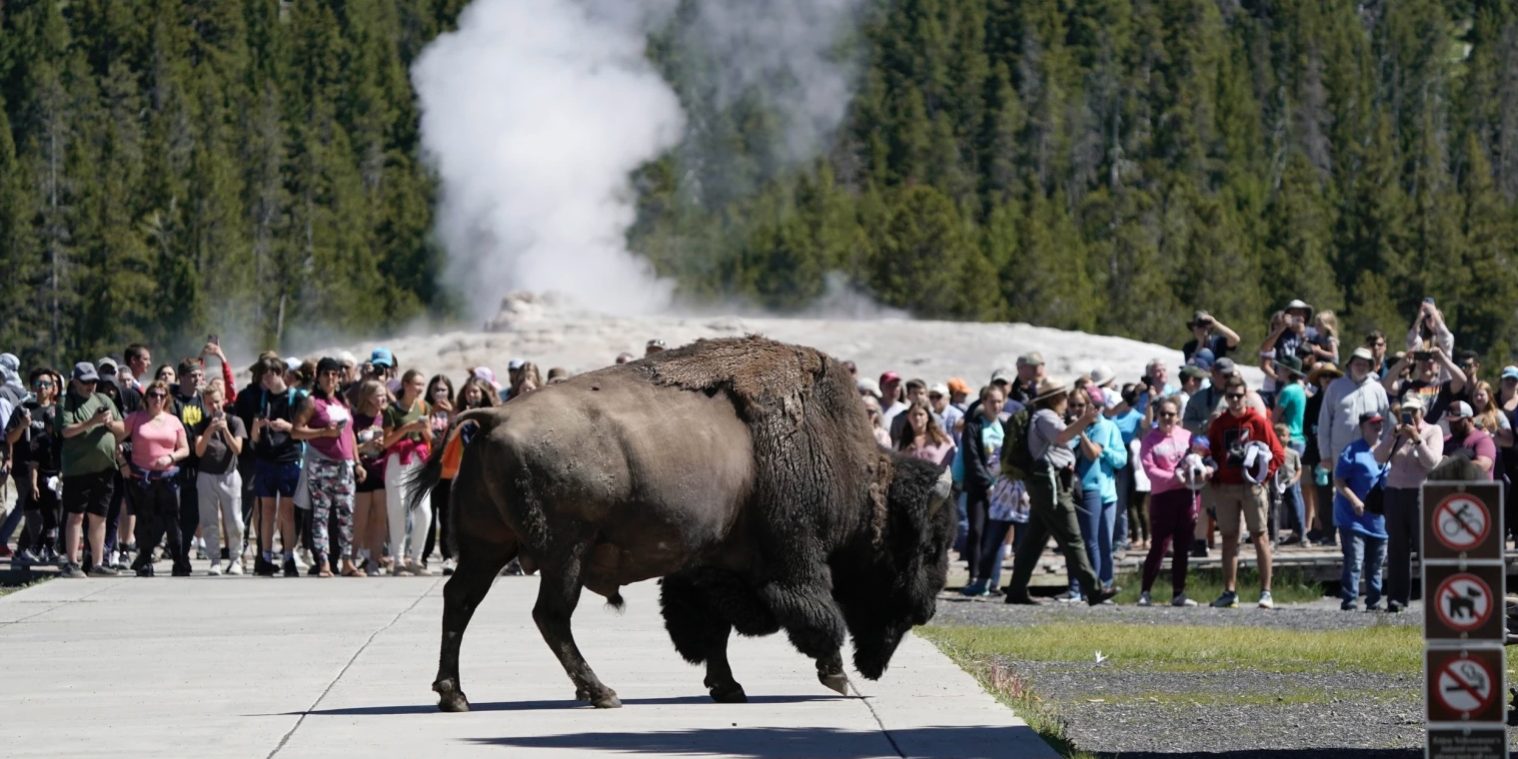 The Colorado man had an injury to his arm. The park warns visitors to stay more than 25 yards away from bison.

A 34-year-old man was injured Monday when he was gored by a bison at Yellowstone National Park, officials said.

The man was walking with his family on a boardwalk near the Giant Geyser at Old Faithful when a bull bison charged the group, according to the park.

The family members did not leave the area and the bison continued to charge and gore the man, the park said.

The man, from Colorado, was taken to an Idaho hospital with an injury to his arm, officials said. No information was released about his condition.

The incident is the second this year that Yellowstone said involved a visitor “getting too close to the animal and the bison responding to the perceived threat by goring the individual.”

On May 30, a bison gored a 25-year-old Ohio womanand tossed her 10 feet in the air after she approached the animal while it walked north of Old Faithful. The woman had puncture wound and other injuries, according to the park.

Yellowstone says visitors should stay more than 25 yards away from all large animals — including bison, elk, and moose — and at least 100 yards away from bears and wolves.

Bison are unpredictable and and can run three times faster than humans, the park said.

Yellowstone closed for a little more than a week earlier this month after severe flooding washed away roads and destroyed bridges. The south loop, where Old Faithful is, reopened June 22, but the north loop remains closed.