I’m just 31, but my mansion is now compared to people I watched on TV since infancy; ‘Nkwasuafuo’ — Tracy Boakye on Jackie Appiah’s mansion 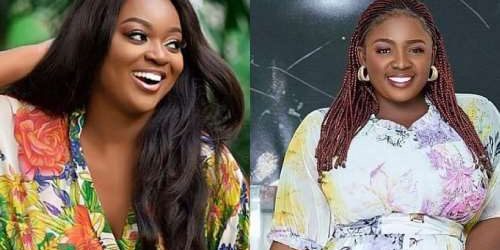 Tracy Boakye, a Ghanaian actress and film producer, has responded to those who have been attacking her in connection with Jackie Appiah’s flashy mansion.

Netizens, after Jackie Appiah’s mansion surfaced in a video posted by Nigerian actress and movie producer, Luchy Donalds, a couple of days ago, after she visited her (Jackie Appiah) in her mansion at Trassaco, people on Twitter, have been bashing the self-proclaimed landlady.’

Many people on social media are hurling insults at Tracey Boakye because she frequently brags about her properties on social media with pictures and videos. In response to these attacks, she stated, “now those tagging me to see Jackie Appiah’s bush Mansion, get ready for me tonight, nkwasuafuo,” she stated.

She later responded that she felt blessed to see a mansion owned by a 31-year-old lady like herself being compared to someone she watched on television during her childhood. “When you are blessed, your life (mansion) at age 31, will be compared to people you use to watch on TV when you were a baby,” her post reads. This was monitored by this portal on the actress’ Instagram story on Sunday, June 26, 2022.