Kyiv bombing seen as a punch in the face of Ukrainians at G7, little girl rescued from rubble in attack 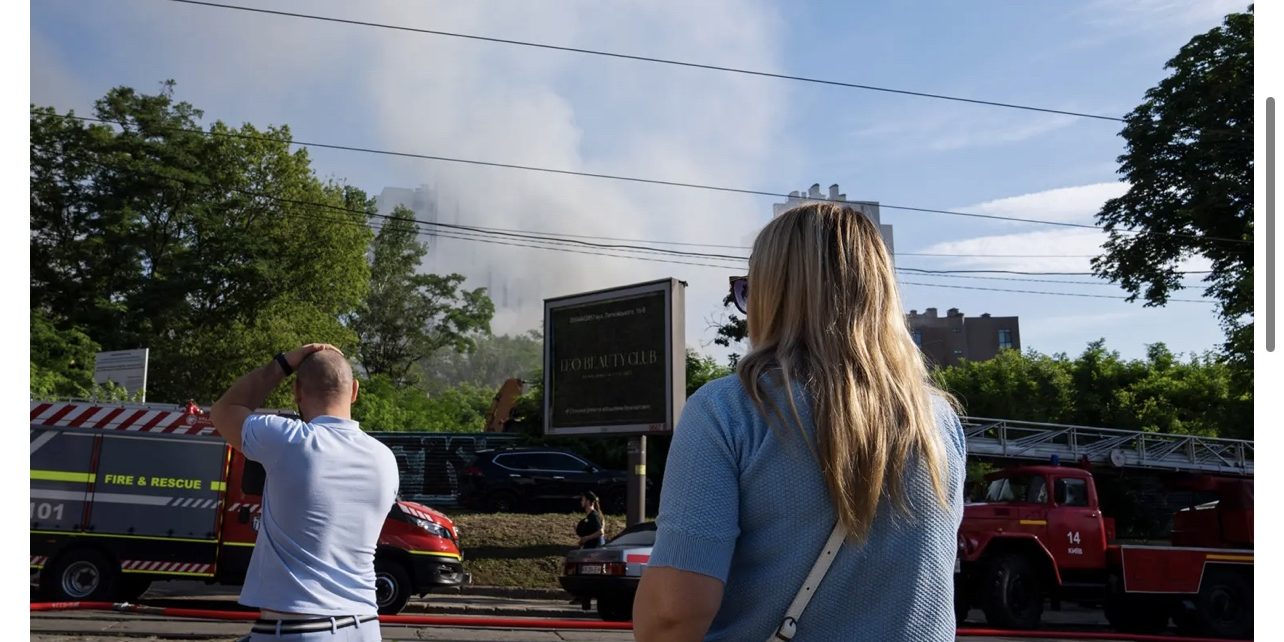 Russia targeted Ukraine’s capital city Sunday in its first airstrikes on Kyiv in weeks — in apparent defiance of G7 Summit leaders as they met to try to tighten the screws on the Kremlin over its invasion.

A member of the Ukrainian parliament, Oleksiy Goncharenko, said on the Telegram messaging app that 14 missiles rained down on the Kyiv region in the wee hours — the first such attacks since June 5.

Preliminary reports indicated that one person was killed and four injured, according to the general prosecutor’s office.

A nearby kindergarten was also damaged. Video posted to Twitter showed a giant crater in the school’s courtyard right next to playground equipment for pint-sized children.

The rescued 7-year-old was rushed to the hospital with “moderate blast injuries,” according to the Ohmatdyt National Children’s Specialized Hospital, which is treating her.

“The girl had numerous wounds, bruises and abrasions,” the hospital said in a Facebook post Sunday. “The child went through the surgery, now she is in stable condition. Her life is not in danger.”

In other video posted to social media, multiple first responders used a stretcher to carry the girl from the badly damaged building. One first responder was seen holding the young girl’s hand as she brought to an emergency vehicle. https://5d68025673bfc382f1f3519cf4668c58.safeframe.googlesyndication.com/safeframe/1-0-38/html/container.html?n=0

Two other explosions were heard in Kyiv, but it was not clear if there were any casualties or the cause behind them.

In the city of Cherkasy southeast of Kyiv, one person was killed and five injured from two Russian strikes, regional Gov. Ihor Taburets said.

Klitschko told journalists he believed that the assault was “maybe a symbolic attack” ahead of a NATO summit in Madrid.

But the Russian offensive also wasn’t lost on world leaders gathered Sunday in the Bavarian Alps for the international summit. https://5d68025673bfc382f1f3519cf4668c58.safeframe.googlesyndication.com/safeframe/1-0-38/html/container.html?n=0