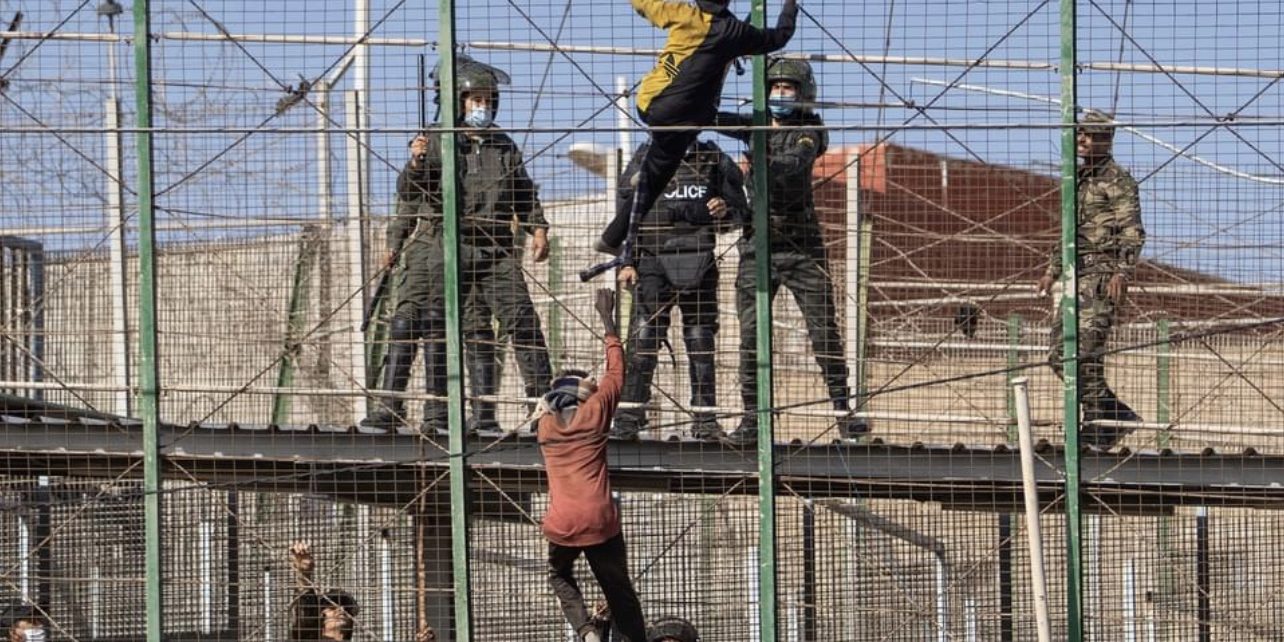 At least 18 people have been killed as thousands of African migrants attempted to cross a guarded border fence into Spain.

Moroccan authorities said the disaster occurred after migrants attempted to storm a fence into the Melilla enclave in the north of the African state, with some dying in a crush after what authorities called a stampede on Friday. A horrific video posted to social media by the Moroccan Human Rights Association appears to show lifeless bodies being piled on top of each other by security guards. Migrants climb the fences separating the Spanish enclave of Melilla from Morocco in Melilla.

The Moroccan Human Rights Association claimed on Saturday the death toll could be as much as 27.

A spokesperson for the Spanish government’s office in Melilla said about 2,000 people attempted to cross, but many were stopped by Spanish Civil Guard police and Moroccan forces on either side of the border fence. “The tactics of migrants (trying to get into Melilla) have changed. Before the used to spread along the whole length of the fence. Now they concentrate on the part where they think it is weakest,” a Spanish police source said.

The source said the group of migrants who tried to storm the border had attacked frontier guards with sticks, knives and acid. “They all try to cross at the same time,” the source said.

Morocco’s Interior Ministry said in a statement that
the casualties occurred when people tried to climb
the iron fence. It said five migrants were killed and
76 injured, and 140 Moroccan security officers
were injured Thirteen of the injured migrants later died in the hospital, raising the death toll to 18, according to authorities.
Spanish Prime Minister Pedro Sánchez,
condemned the “violent assault”, which he placed
blame on “mafias who traffic in human beings”.
He called the crossing an “attack on the territorial
integrity” of Spain.
Spanish officials said 49 Civil Guards sustained
minor injuries. Four police vehicles were damaged
by rocks thrown by some migrants.
Humans rights groups from both countries
appealed for an investigation into the fatal crossing
as Amnesty International expressed its “deep
concern” over the events.
“Although the migrants may have acted violently in their attempt to enter Melilla, when it comes to border control, not everything goes,” said Esteban Beltrán, the director of Amnesty International Spain.

“The human rights of migrants and refugees must
be respected and situations like that seen cannot
happen again.” The Catholic Church in the southern Spanish city of Malaga also expressed its dismay over the events.
“Both Morocco and Spain have chosen to
eliminate human dignity on our borders,
maintaining that the arrival of migrants must be
avoided at all costs and forgetting the lives that are
torn apart along the way,” it said in a statement.
This is the largest mass assault on this border
since Spain and Morocco boosted their bilateral
cooperation after Madrid decided to support
Rabat’s position on the independence of Western
Sahara. During Friday’s border crossing attempt, just 133 people managed to reach Spain, according to Spanish authorities.