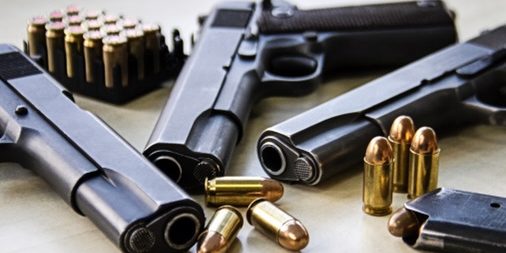 The ruling expands upon a 2008 decision that said the Second Amendment safeguards a person’s right to possess firearms at home for self-protection.

WASHINGTON — The Supreme Court ruled Thursday that the Constitution provides a right to carry a gunoutside the home, issuing a major decision on the meaning of the Second Amendment.

The 6-3 ruling was the court’s second important decision on the right to “keep and bear arms.” In a landmark 2008 decision, the court said for the first time that the amendment safeguards a person’s right to possess firearms, although the decision was limited to keeping guns at home for self-defense.

The court has now taken that ruling to the next step after years of ducking the issue and applied the Second Amendment beyond the limits of homeowners’ property in a decision that could affect the ability of state and local governments to impose a wide variety of firearms regulations.

The case involved a New York law that required showing a special need to get a permit to carry a concealed handgun in public. The state bans carrying handguns openly, but it allows residents to apply for licenses to carry them concealed.

The law at issue said, however, that permits could be granted only to applicants who demonstrated some special need — a requirement that went beyond a general desire for self-protection.

Gun owners in the state sued, contending that the requirement made it virtually impossible for ordinary citizens to get the necessary license. They argued that the law turned the Second Amendment into a limited privilege, not a constitutional right.

The court agreed with the challengers and struck down the heightened requirement, but it left the door open to allowing states to impose limits on the carrying of guns.