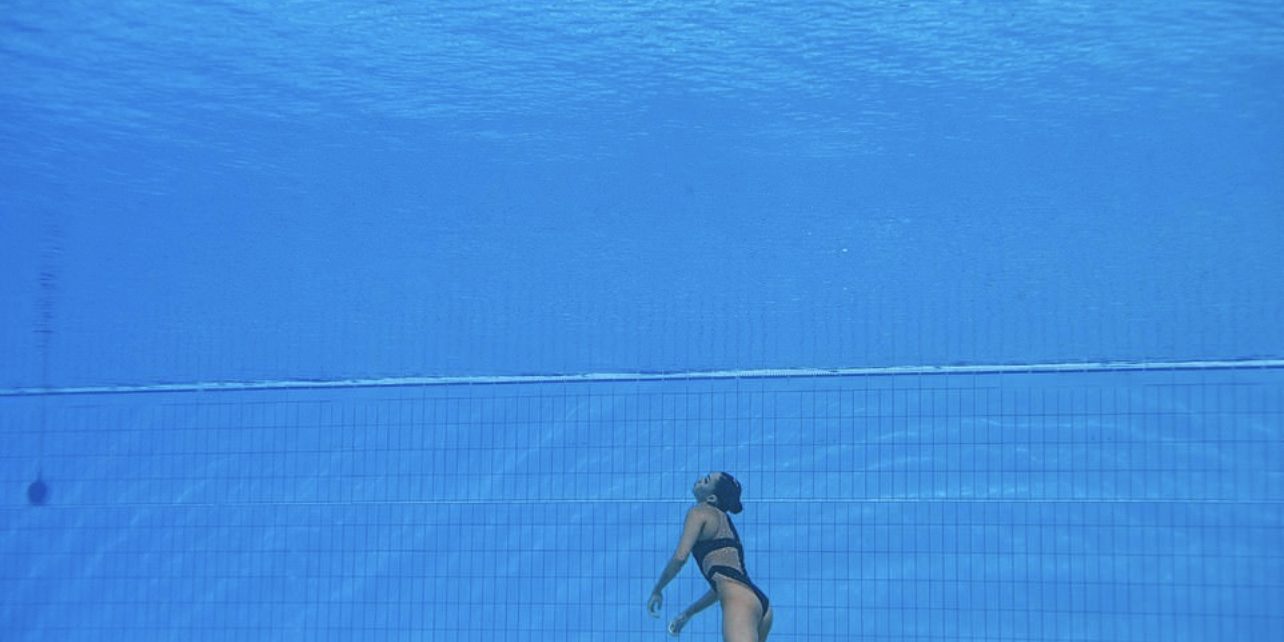 American swimmer Anita Alvarez is lucky to be alive after she fainted while competing at the World Championships and had to be rescued by her coach in stunning scenes on Wednesday.

The synchronised swimmer, 25, was competing in the final of the women’s solo free event when she fell unconscious and sank to the bottom of the pool in Budapest.

Her coach Andrea Fuentes leapt into the water and dragged her back to safety with the help of a male lifeguard. Alvarez regained consciousness soon after being rescued from the pool, received immediate first aid and is reportedly recovering well.

Fuentes, speaking on radio in Spanish yesterday, said she realised something was wrong when Alvarez ‘went down and didn’t react’ rather than coming up after her routine. ‘When a swimmer finishes, the first thing they want to do is breathe,’ she said.

The coach said she motioned to lifeguards for help but they did not see her, ‘so I jumped in myself. I went there as fast as I could. I went in even faster than when I was going for Olympic medals.’

Fuentes said Alvarez ‘was not breathing’ when she reached her but was revived and checked for signs of damage after the terrifying incident. ‘Oxygen, glucose, heart, blood pressure, everything’s fine,’ she said, adding that Alvarez will rest today before returning to the pool because ‘she has to swim the final’.