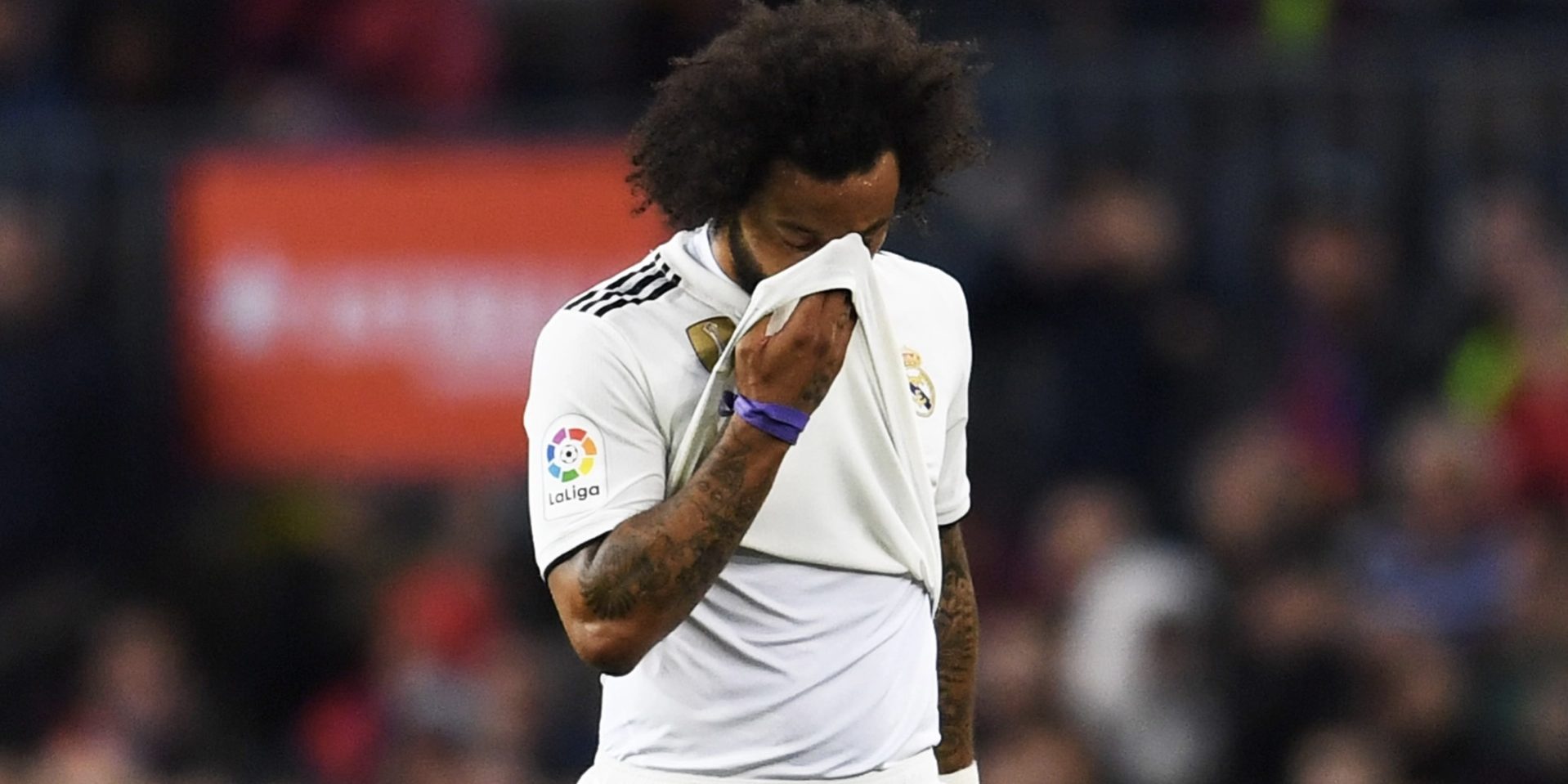 Marcelo cut an emotional figure as he bid farewell to Real Madrid after 15 years at the club.

The Brazilian left-back won 25 trophies with the La Liga side to make him the most successful Real Madrid player in history; his last being a Champions League trophy in Paris in May.

Manager Carlo Ancelotti and club legend Raul were both in tears in the audience as the 34-year-old said his final words at the end of a glittering spell.

“I played for the greatest club in the world,” he said.

“I want to thank my wife Clarice, I wouldn’t be the man I am without her. And my sons who watched their dad play for the greatest club in the world.”

He said to Raul: “Thank you Raul for being a captain and an example for me. I have never said it but you have been my role model. Thank you.”

Marcelo added he hoped he was not saying goodbye forever to the club.

He said: “This is not a goodbye because I feel I’m not leaving Real Madrid.”

Before Marcelo”s speech, club president Florentino Perez said the Brazilian was one of Real’s “biggest legends”.

“Today we say thank you to our great captain, one of our biggest legends,” he said.

“Dear Marcelo, you have fulfilled all the dreams you had when you arrived at only 18 years old.”

He added: “Twenty-five titles, 564 games and 38 goals. You are one of the greatest. Real Madrid will always be your home.

“Thank you for everything you’ve done. Dear Marcelo, our fans will always keep you inside their hearts. We are proud.”