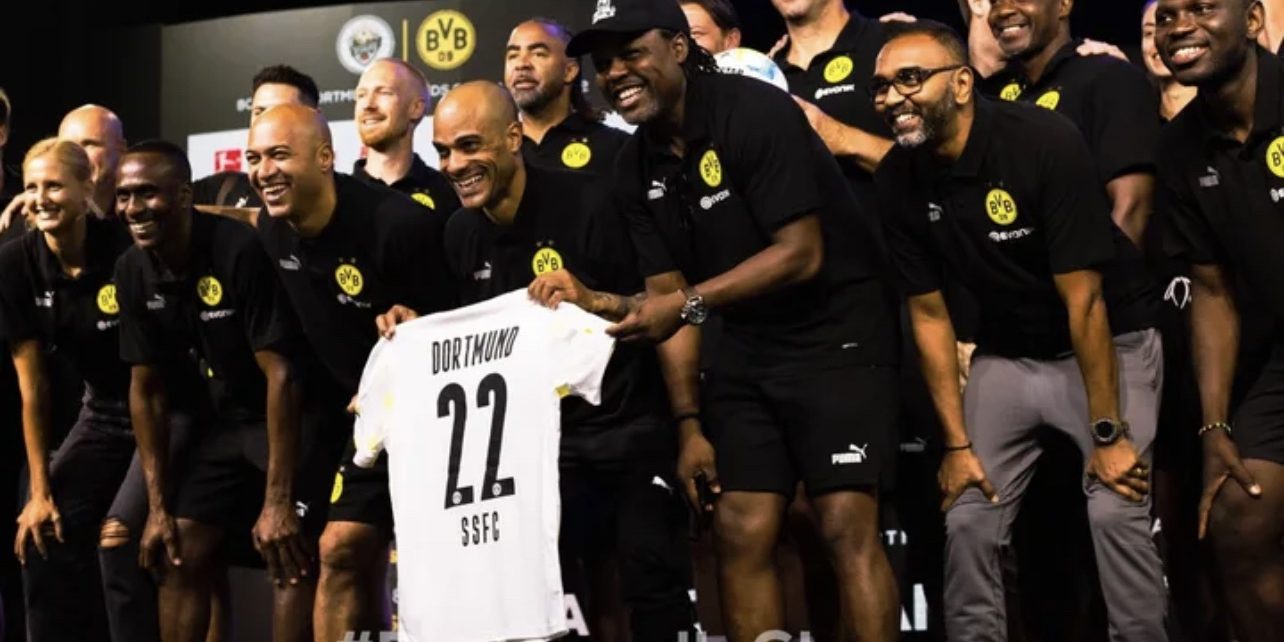 The Borussia Dortmund Legends team is currently in Ghana, with their tour of the African nation ending in a 2-2 friendly draw against the African Giants and some of the country’s best former players.

The squad of BVB greats arrived in the capital Accra on Wednesday and was met by hundreds of fans wishing to get a glimpse of their heroes, including Roman Weidenfeller, Jan Koller, Dede, Kevin Großkreutz and Ghana’s own Ibrahim Tanko.

It’s the first time since before the COVID-19 pandemic that the Borussia Legends have been able to tour, having previously played in the likes of Brazil, Thailand and Hong Kong.

The ex-stars have been going around the country, which has produced six former BVB players in Tanko, Otto Addo, Kevin-Prince Boateng, Matthew Amoah, Yahaya Mullam and Bashiru Gambo.

In fact, Addo – who made just shy of 100 appearances for Die Schwarzgelben – will be leading the Black Stars to the 2022 FIFA World Cup after masterminding a play-off victory over arch-rivals Nigeria.

“Borussia Dortmund has been able to sign some excellent footballers from Africa in recent decades, like Otto Addo – who still works as a youth coach at BVB – Pierre-Emerick Aubameyang, Victor Ikpeba, Ibrahim Tanko and Mo Zidan. We’re excited to be able to excite many of our fans with our visit to Africa,” said club managing director Carsten Cramer.

The climax of the four-day tour was a fixture against a team of Ghanaian legends, captained by three-time African Player of the Year Abedi Pele, at the Accra Sports Stadium on Saturday. The African Giants also included ex-Bundesliga players Samuel Kuffour and Charles Akonnor, as well as former international Asamoah Gyan.

Zidan and Großkreutz got the goals for the BVB Legends as they played out a 2-2 draw in front of a passionate and raucous crowd in the capital.