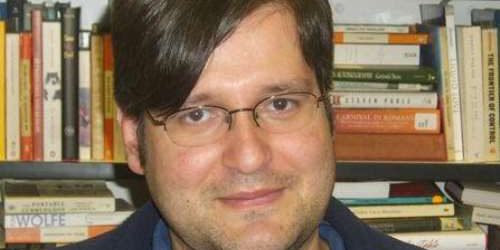 June 10 bore witness to a valiant effort on the part of refugee groups and a trade union to stop what promises to be the first journey of many as part of the UK-Rwanda plan. Their attempt to seek an injunction failed to convince the High Court. Next Tuesday, the first flight from the UK to Rwanda filled with asylum seekers will, unless the Court of Appeal rules otherwise, take off. Some 31 people of Iraqi and Syrian background have been told they will be on board with one-way tickets.

The UK-Rwanda Migration and Economic Development Partnership, hammered out by the Home Secretary Priti Patel and her counterparts in Kigali, has one central purpose: to deter the arrival of asylum seekers by boat across the English Channel. Its genesis lies in a range of sources, none more insidious than the Australian model of offshore processing. At its core is a rejection of international refugee law and its obligations. In its place is the sentiment of convenience, callousness and cruel stinginess.

This conduct is only appealing to the insecure and the smug. In a piece by Sam Ashworth-Hayes, a former director of studies at the conservative Henry Jackson Society, we see the old nostalgic refrain that Britain is glorious, people want to travel there, but that, unfortunately, transport has become easier and cheaper in a world where refugee laws simply have not kept up. Borders needed to be firmed; regulations tightened. And praise be showered upon Rwanda, who can profit from the refugee industry and market model so maligned by Patel. The plan had to “surely rank as among the most generous development aid schemes ever devised.” Apart, of course, for those unfortunates seeking asylum.

The policy has irked a goodly number, and not just the steadfastly committed campaigners. The Prince of Wales, Prince Charles, has made mutterings about it, expressing the view that the “whole approach is appalling.” Admittedly, this revelation was spilled by an anonymous source to the Daily Mail and Times. When asked for comment from Clarence House, a spokesperson said that: “We would not comment on supposed anonymous private conversations with the Prince of Wales, except to restate that he remains politically neutral. Matters of policy are decisions for the government.”

Multinationals, on even more slippery ground, have also taken issue with the policy. Ben and Jerry’s took to Twitter to stormily urge “folks” to “talk about Priti Patel’s ‘ugly’ Rwanda plan and what this means.” The dispenser of ice cream products took issue with the UK’s “plan to forcibly send people to a country thousands of miles away, simply for seeking refuge in the UK” as “cruel and morally bankrupt.”

In the High Court, various arguments by the legal team representing the charities Detention Action, Care4Calais and the PCS Union were made hoping to block the first flight scheduled to leave on June 14, calling the plan unsafe and irrational. According to the court submission from Raza Hussain, the barrister representing the three groups, Patel’s “assessment … that the UNHCR [Office of the United Nations Commissioner for Refugees] is giving this plan a green light is a false claim.”

Government lawyer Mathew Gullick countered the criticisms of the UK-Rwandan arrangement. They were “backward-looking” and did not genuinely take into account the way migrants were to be treated. Deterring illegal immigration was a matter of “important public interest”.

Husain’s point was confirmed by a last minute intervention from the UNHCR, which argued in its submission to the court that the UK-Rwanda scheme failed to meet the standards of “legality and appropriateness” in terms of transferring asylum seekers from one state to another. Laura Dubinsky, QC, representing the UNHCR, told the court that the agency believed there were “risks of serious irreparable harm to refugees” inherent in this “unlawful” plan. The UK Home Office has peddled “inaccuracies” in claiming that the agency endorsed the scheme.

The court document from the UNHCR revealed “serious concerns that asylum seekers transferred from the UK to Rwanda will not have access to fair and efficient procedures for the determination of refugee status, with consequent risks of refoulement.”

Refoulement, a term Patel breezily buries when considering asylum seeker claims, remains a canonical precept of refugee law outlined in Article 33 of the 1951 UN Refugee Convention. Contracting states have an obligation not to “expel or return (‘refouler’) a refugee in a manner whatsoever to the frontiers or territories where his [or her] life or freedom would be threatened on account of his [or her] race, religion, nationality, membership of a particular social group or political opinion.”

In the agency’s view, there was also a grave risk “that the burden of processing the asylum claims of new arrivals from the UK could further overstretch the capacity of the Rwanda national asylum system, thereby undermining its ability to provide protection for all those who seek asylum.”

The UNHCR was being fleet footed in avoiding any description of Kigali’s less than impressive record on refugees and human rights. In its 2022 report on Rwanda, Human Rights Watch noted the iron hand of the Rwandan Patriotic Front in stifling dissent and criticism, the detention and disappearing of opposition members and critics, the liberal use of torture, arbitrary detention and a scanty observance of the rule of law.

Disturbingly enough, Rwanda has produced its ownrefugees and asylum seekers, who continue being threatened, harassed and, in some instances, “forcibly disappeared and returned to Rwanda, or killed.”

None of the arguments were enough to convince Judge Jonathan Swift in his June 10 decision to reject the application to block the removal of the asylum seekers. There was a “material public interest in the Home Secretary (Priti Patel) being able to implement immigration decisions.”

Resorting to that ancient method of reasoning when faced with a tight conundrum, Judge Swift could only dismiss the concerns voiced by the applicants as insignificant or lying “in the realms of speculation”. In their submission to the Court of Appeal, and in the fuller judicial review of the plan to take place later in the month, the appellants have much to prove otherwise.