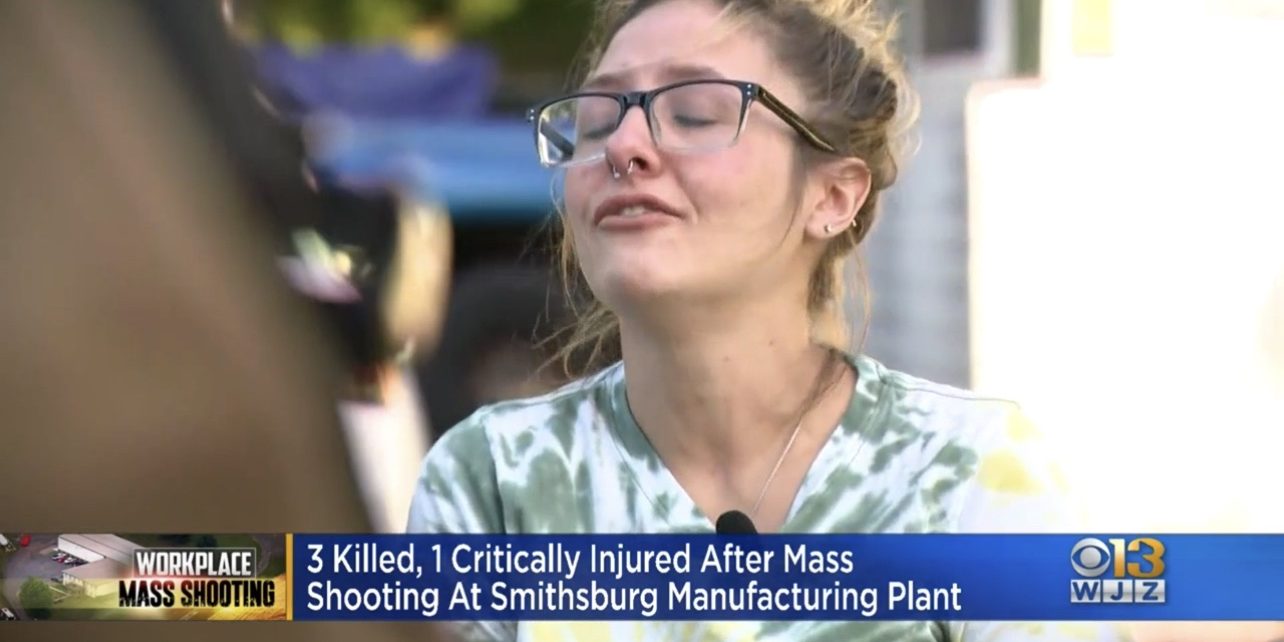 BALTIMORE (WJZ) — A mass shooting Thursday at a Maryland manufacturing plant left three employees dead and another in critical condition before the suspect was injured in a shootout with state troopers and taken into custody, authorities said.

Police were called to a shooting at the Columbia Machine plant in Smithsburg about 2:30 p.m., where they found an injured 42-year-old employee near the business and learned the suspect was gone, Washington County Sheriff Douglas Mullendore said.

Based on a description provided by responding officers, troopers tracked down the suspect’s vehicle near the corner of Mapleville and Mt. Aetna roads in Hagerstown and a confrontation ensued, Maryland State Police said. The suspect opened fire at troopers, striking one of them, and he was shot when they returned fire.

The unidentified shooting suspect, described only as a 23-year-old, was taken into custody and taken to a hospital for treatment. His condition was not immediately known Friday morning.

The trooper, a 25-year veteran of the Maryland State Police, was treated for his injuries and released.

Sheriff Mullendore identified the victims killed as 50-year-old Mark Alan Frey, 31-year-old Charles Edward Minnick and 30-year-old Joshua Robert Wallace. It is unclear where at the plant the trio was found.

In addition to the Maryland State Police, FBI agents and special agents with the Baltimore division of the Bureau of Alcohol, Tobacco, Firearms and Explosives are assisting in the investigation.

Meritus Medical Center in Hagerstown was placed on lockdown for about two hours, as was a nearby church with a daycare center, police said.

“Tonight, our hearts are heavy as we grieve with our community,” said Dr. Maulik Joshi, Meritus President and CEO. “This hits close to home for our Meritus family and many others. We extend our condolences to the families of those impacted, and our gratitude to our first responders. Thank you to the law enforcement officers who serve and protect us each and every day, and to our EMS providers who do their best to preserve life.”

Smithsburg is a town in western Maryland with a population of about 3,000 about an hour and a half northwest of Baltimore City. The town is about 20 minutes east of Hagerstown, the seat of Washington County.

Maryland Congressman David Trone (D-MD 6th District) acknowledged the shock of the incident hitting close to home after high-profile shootings across the nation. He called for community support in a statement Thursday.

“Over the past few weeks, we’ve witnessed so much loss. But to have it happen right in our community is even more heartbreaking,” Trone said in a statement. “Right now, we don’t have all the answers. But what we do know is that the people of Smithsburg and Washington County are hurting. This is the second shooting the community has faced in just two days. More than anything, they need our support.”

“Today’s horrific shooting comes as our state and nation have witnessed tragedy after tragedy, and it’s got to stop,” Van Hollen said. “We must act to address the mass shootings and the daily toll of gun violence on our communities.”