Sad incident as car drives into crowd in Berlin, 1 dead 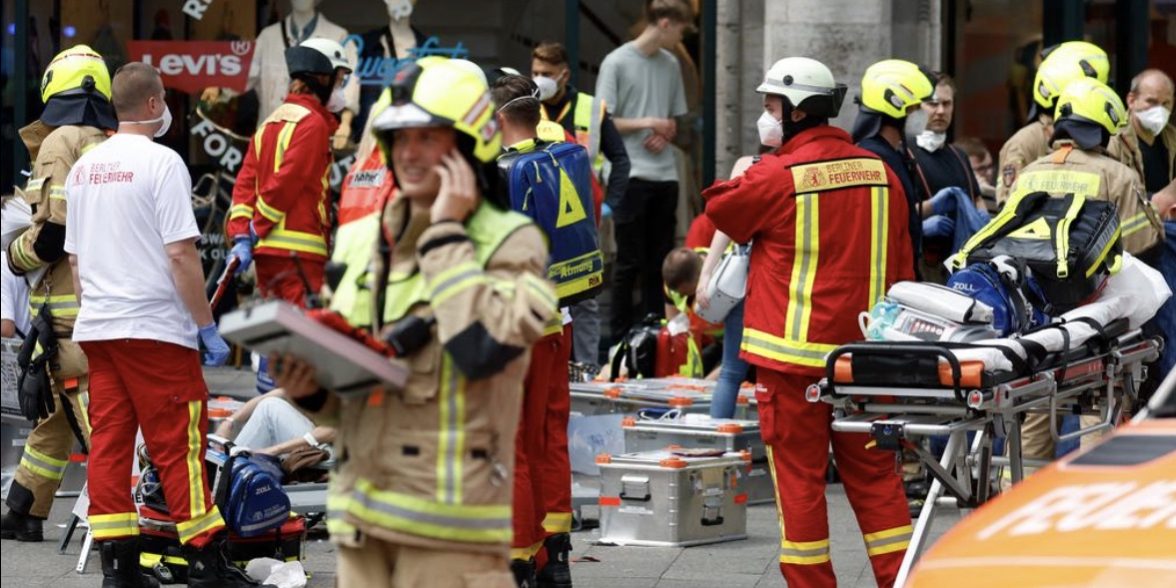 Police have detained a 29-year-old after he allegedly drove a car into a group of pedestrians in western Berlin. The state interior minister said the suspect had psychological problems.

A vehicle struck a crowd of people in a popular shopping area in Berlin’s Charlottenburg neighborhood on Wednesday.

Authorities said one person died, 14 others were injured — several of them critically. The suspected driver is now in police custody.

The state interior minister said in a statement shared on Twitter that the suspect had psychological problems.

Earlier, German news agency DPA and the Bild mass-circulation daily reported that police had found a “confession letter” in the suspect’s car. However, a police spokesman contacted by DW said they had no knowledge of such a letter.

He also said that most of the people injured were students visiting from the central German state of Hesse.

“This is the group he drove into,” the officer said.

When asked about a possible motive, police said that the investigation was “still open and there are no conclusive results yet.”

Separately, the interior minister for the city-state of Berlin said that “placards” and “writing” were said to have been found inside the car.

What happened during the crash?

The incident happened around 10:30 a.m. local time (0830 UTC) on the street of Tauentzienstrasse near the popular Kurfürstendamm shopping boulevard in western Berlin.

According to witnesses, the man drove his sister’s Renault vehicle onto the sidewalk, then back on the road, until finally crashing into a shop window some 200 meters (110 yards) down the street.

DW reporter Joel Dullroy, who was on the scene, said those who were injured appeared to be “young people.”

Dozens of emergency personnel responded to the incident and were investigating the site.

“This is a very busy shopping area, it’s a very busy time in Berlin with lots of tourists here,” Dullroy said. “It’s actually very lucky that there weren’t more people injured given the number of people who were out and about shopping here.”

German Chancellor Olaf Scholz shared his sympathies after the incident.

“The cruel rampage on Tauentzienstrasse leaves me deeply saddened,” he wrote on Twitter.

“The trip of a Hesse school class to Berlin has ended in a nightmare. Our thoughts are with the relatives of the dead and the injured, including many children. I wish them all a speedy recovery.”

What do eyewitnesses say?

A local restaurant owner told the Berliner Zeitung daily that he heard a crash and then saw the car speeding towards him.

He said that the Renault had “two people lying on the hood, and (the driver) just kept driving.” The witness managed to jump out of the way and into one of the stores on the street.

“If I hadn’t done it, I would not be standing here right now,” he told the paper.

Another witness, who identified himself as Ferhad, described how passers-by managed to prevent the driver from escaping after he crashed the car.

“He got out right away and tried to escape,” he told the Berliner Zeitung, adding that one onlooker managed to trip the assailant.

“He was completely out of it,” according to the eyewitness. “He kept trying to get up and keep running.”

The man managed to break free and move a short distance before being captured once again, with passers-by holding him up against a wall until the police arrived.

On Wednesday evening, officials released further information about those who were struck by the car.

The person who lost her life at the scene has been identified as a schoolteacher from Hesse, said Berlin Interior Minister Iris Spranger.

“Their relatives have been informed and are being cared for,” police said in a tweet.

Police had declined to release information about those who were injured for several hours, saying the victims’ families needed to be reached first.

What do we know about the driver?

Authorities said the suspected driver was detained by passers-by before officers arrived on the scene.

Police said the suspected driver was a 29-year-old German-Armenian living in Berlin.

Berlin police spokesman Martin Dams said it was unclear whether the incident was the result of an accident or whether the driver had intentionally driven into the crowd.

“They are very keen to stress that they are unclear on the potential motive or the cause. They did point out there have been accidents in the past year here in Berlin involving people having medical emergencies and running cars onto pavements,” DW’s Joel Dullroy reported.

Berlin Mayor Franziska Giffey said she was “deeply affected by the incident” and was closely watching developments.

European Parliament President Roberta Metsola said that the body’s “thoughts are with the loved ones of the person killed and with all the survivors.”

The incident took place close to the scene of a fatal attack on December 19, 2016, when Islamist extremist Anis Amri hijacked a truck, killed the driver and then plowed it into a crowded Christmas market in Breitscheidplatz. The attack killed 11 people and injured dozens of others.