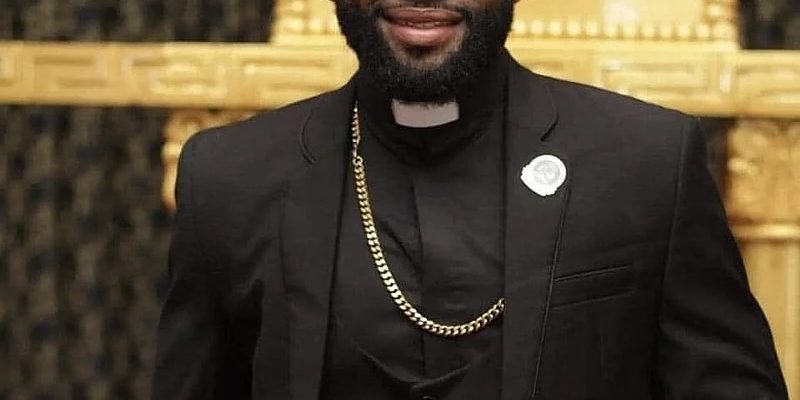 In a sad report, popular Kumawood actor and pastor Patrick Safo has been confirmed dead.

Making the post, he shared a photo of the actor and added a caption that reads;

“Kumawood actor and pastor, Rev. Patrick Safo is dead….May his soul rest with the Lord”

On the cause of death, it was alleged that he drowned in a pool on Saturday, June 4. His death comes just a few weeks after the death of Kumawood actor, Osei Tutu.

“Omg, he was my friend. I haven’t heard from him in more than 10 years. May his soul rest in peace,” a Facebooker wrote and another said, “what happened to him never knew he was a pastor I can’t believe this eiii.”

Another social media user added that “it is alleged that he drowned yesterday in a pool”. Patrick’s death follows the demise of Osei Tutu Nyamekese, another Kumawood actor who was reported dead a few weeks ago.

In the past five years, Kumawood has lost at least four of its actors to death.

Below is a list of actors Kumawood has lost and their date of death.

Abass Blinks was stabbed to death in a fight.

This incident happened in Asawase, Kumasi. Abass Blinkz was stabbed repeatedly in the head before passing on. Blinkz was an actor and Makeup artist. His first movie was Abuburo Kosua produced by Kingdom Media House.

He was a member of FIPAG and the CEO of No Limit Productions, which was known for the popular movie Lil Win in Belgium. He starred in movies such as Ohia Asoma Wo, Dangerous Mission, Evil Heart, and many others.

5. Pastor Patrick Safo – Saturday 4, June 2022. He died such a tragic death in a pool of water. Pastor Patrick drowned unfortunately. He is the current Kumawood actor who has shocked us all.

May their gentle souls rest on.