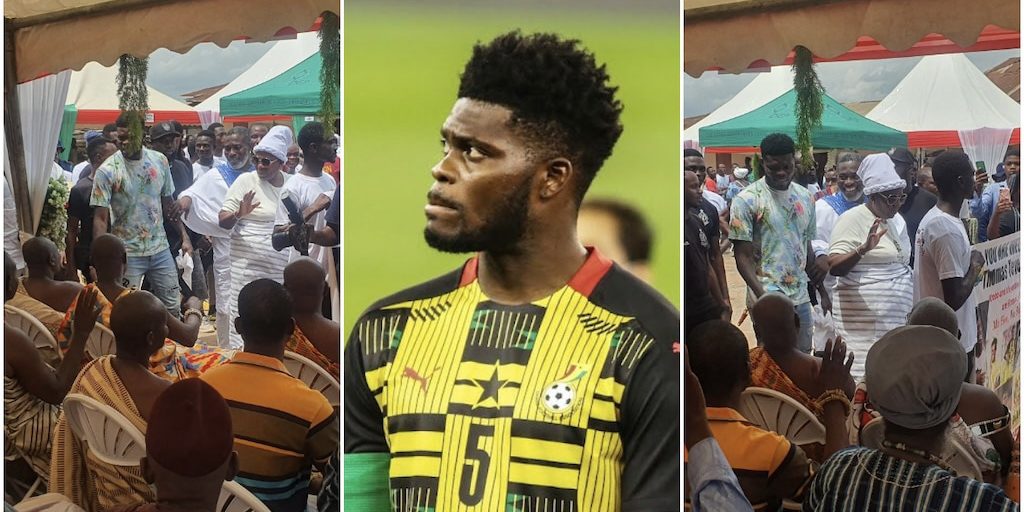 Deputy Black Stars captain Thomas Partey is on the cusp of being enstooled as a chief in Manya Krobo, where the Arsenal midfielder hails from Partey was recently left out of Otto Addo’s squad for the 2023 Africa Cup of Nations qualifiers and the pre-World Cup tournament in Japan as he recovers from a thigh injury The 28-year-old Arsenal midfielder played a crucial role in Ghana’s qualification for the 2022 FIFA World Cup

Thomas Teye Partey has been installed as Development Chief of his hometown, Manya Krobo, a town famous for its glass bead-making in the Eastern region of Ghana. The Arsenal midfield linchpin was honoured in a ceremony by the Konor (Paramount Chief) of the Manya Krobo Traditional Area, Nene Sakite II for his football exploits, projecting the image of Manya Krobo. In a post on Twitter, sighted by Sports Brief, Partey arrived at the gathering where he will be enstooled amid fanfare and celebrations.

The 28-year-old, who is recuperating from an injury setback sustained in April, missed out on Ghana’s 2023 AFCON qualifiers against Madagascar and will be absent for the remainder of the international break as he recovers from his thigh injury. In his absence, Ghana secured a comprehensive win over the Barea of Madagascar to begin the quest for AFCON qualification on a flying note. Partey’s injury proved a big blow to Arsenal’s top-four chances as the Gunners missed out on Champions League football to north London rivals Tottenham Hotspurs.