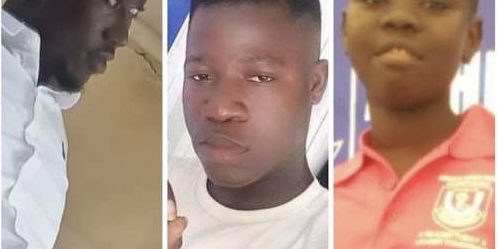 A pupil teacher at Achimota Bright Future Academy in the Greater Accra region has been arrested by the Israel police for allegedly aiding a Junior High School (JHS) 3 student to steal three mobile phones.

The accused, Newlove Aboagye, is a JHS 3 pupil teacher at the school located at Tabora-Alhaji. He is said to have received one phone from the student, Millicent Appiah, 20-year-old, who lives in the same house with the complainant [name withheld].

Snippets of information gathered pointed out that Newlove Aboagye has knowledge of the plot because he is said to be a beneficiary of the loot from students.

Sadly, there is a syndicate of teachers at the Achimota Bright Future Academy who are alleged to have been encouraging petty crime of their students, thereby abetting bad deeds which risk the future of the students.

When the police arrested Millicent Appiah, a fortnight ago, she admitted giving one phone to a barber, Ransford Kofi Ayeh, who was earlier arrested.

The police have since retrieved a phone from the barber’s possession and the phone is in the custody of the police as an exhibit but the suspects have disfigured the back of the phones with nails to outwit the complainant.

The police are on a manhunt for another accused person who is on the run.

Police said for the last 3 months, complaints of theft were being received at the police stations.

According to the police, the suspects will be charged with conspiracy and stealing.