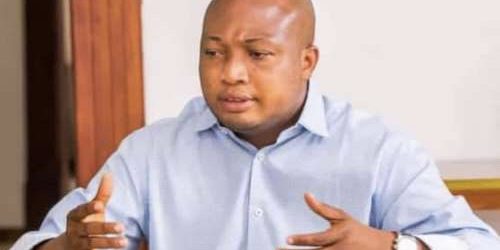 The Member of Parliament (MP) for North Tongu Constituency, Hon. Samuel Okudzeto Ablakwa has questioned President Akufo-Addo for prioritising the construction of a National Cathedral when there are a lot of pressing issues facing the citizenry.

On Friday, documents from the Office of the President released by the North Tongu MP revealed that in 2021 alone, President Akufo-Addo authorized an astonishing GHS32million of taxpayer funds to be paid to Sir David Adjaye & Associates Ltd for consultancy services on the National Cathedral project.

With a reported GHS57 million spent on the project thus far, the NDC Parliamentarian in a Facebook post said the funding has all been carried out on the blind side of Parliament.

Speaking on the Key Points programme on TV3 on Saturday, June 4, 2022, the Parliamentarian argued that the sufferings of the masses, floods, and non-payment of NABCO and NSS personnel are more urgent issues that should be addressed with public funds.

According to the North Tongu MP, there will be no use of the National Cathedral if completed by President Akufo-Addo as his personal pledge to God and afterward people die of hunger and killed by floods.

“If people die of hunger, if flood takes people away, what will be the use of the Cathedral? There are more pressing issues that the government must look at. Our NSS, NASCO people are suffering. That is what government should be prioritising,” Hon. Samuel Okudzeto Ablakwa said.

On the same platform, Mr. Joe Jackson who is Director of Operations at Dalex Finance proposed that the government suspend all spending on the National cathedral project.

He recommends that while works on the cathedral can continue, it should be from private funds.

“The building of the Cathedral can go ahead on private funding but the government should suspend its participation because it has bigger issues to attend to. The temple of the Lord should be built by the children of the Lord, not by Caesar.

“They can go ahead, the board of trustees can do all they can do but the funding at this point in time should not be from public money,” Mr. Joe Jackson said.