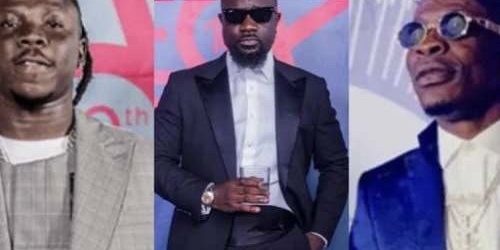 Nominations for the 2022 edition of BET Awards are out and works by Ghanaian artistes are not on the list.

This is the second time in a row Ghana didn’t make it into the nominations after it also missed out in 2021.

The 2022 BET Awards will air live from the Microsoft Theater in Los Angeles on Sunday, June 26 at 8p.m. ET on BET.

BET announced the 2022 nomination on Wednesday, June 1 with Doja Cat leading the pack with six nominations.

This year’s nominees reflect an abundance of creative expression and Black excellence across music, television, film, and sports.

African acts like Tems and Firebboy DML from Nigeria and South Africa’s Major League DJZ secured nominations in International Act to make the continent proud. Wizkid also got the nod for the Best Collaboration category with the song Essence featuring Justin Bieber and Tems.

In the past, Ghana’s Sarkodie and Stonebwoy won the Best International Act, Africa in 2012 and 2015 respectively. The former was also nominated for the same award in 2014 and 2015.