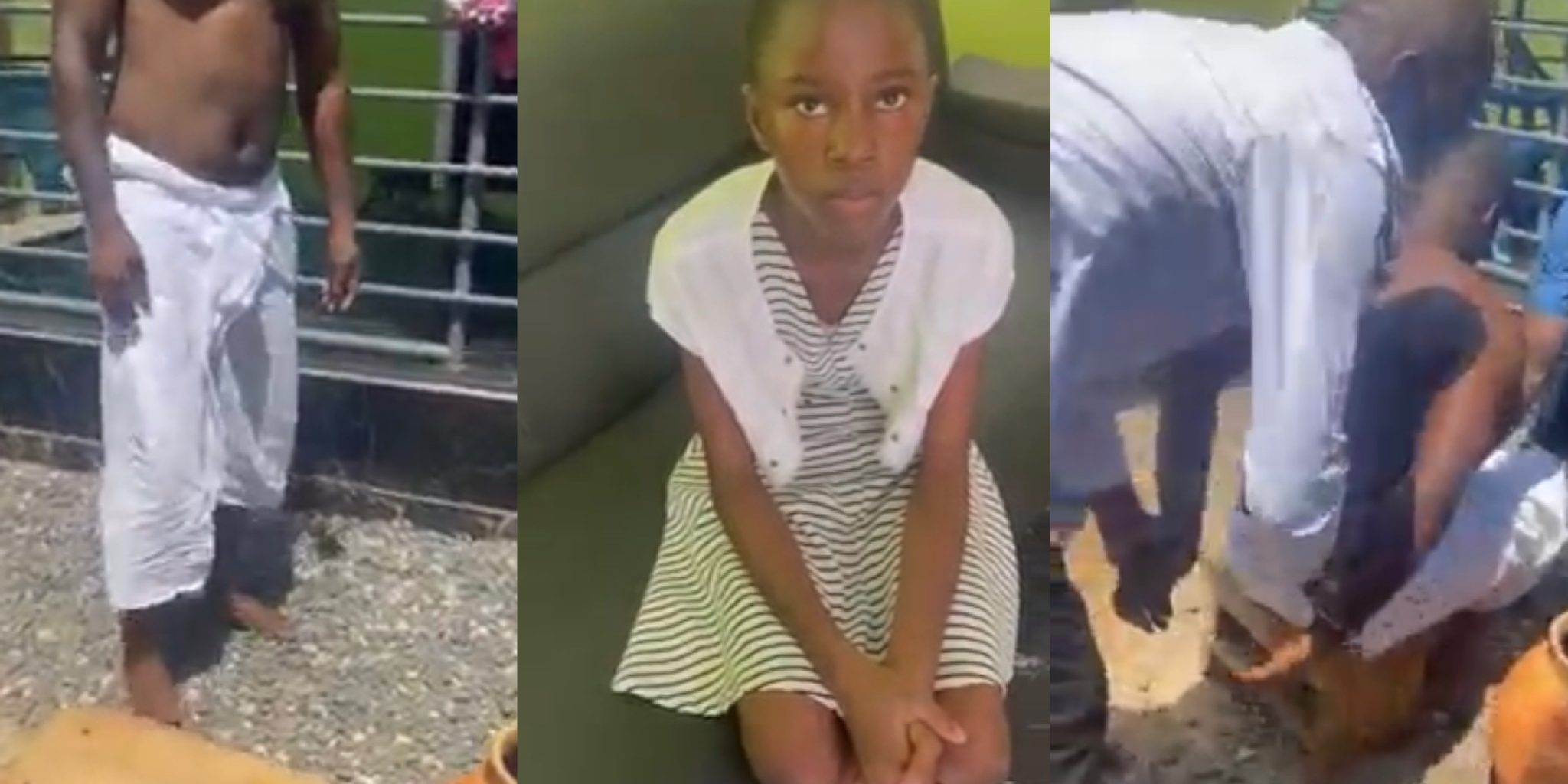 Man arrested for trying to use daughter for money ritual

There were chills and a lot of emotions accompanying
the revelations in a video fast making rounds on
Facebook, where a man has been arrested for sending
his daughter to a herbalist to have her killed for money.

In the video shared by Nana Adu-Boafo Jr on
Facebook, who identifies himself as a chief, military man, writer, author, poet and herbalist, he narrated how the man, Evans Oppong (who is also captured in the video wearing a plain white cloth and sitting on a wooden stool) brought his daughter to him, optimistic that she would be killed for rituals.
He explains

He added that the man explained that he has 12 children and that he wanted to use two of them for rituals, and that was why he went for this daughter from school and brought her to him.
However, unknown to Evans Oppong, he had just walked into a trap.
“This man brought his own biological daughter to me for money rituals. He promised me 10,000 GHc and other good surprises after the rituals.
“I was crying within me because I have sympathy for humans and animals; I don’t kill people, sometimes I don’t even eat my own poultry because I grow so much
love for them.

“The sad thing is, he even picked the daughter from
school during school hours with the intention of buying her a new dress. This man is a bad man with many evil intentions.” Nana Adu-Boafo Jr wrote. Uniformed policemen handcuffed Evans Oppong, and the little girl was whisked away by a worker from the Social
Welfare, who also came to the house with the police.