I don’t want to see my wife again because of Zionfelix, he’s a devil, people must be careful about him – Patapaa 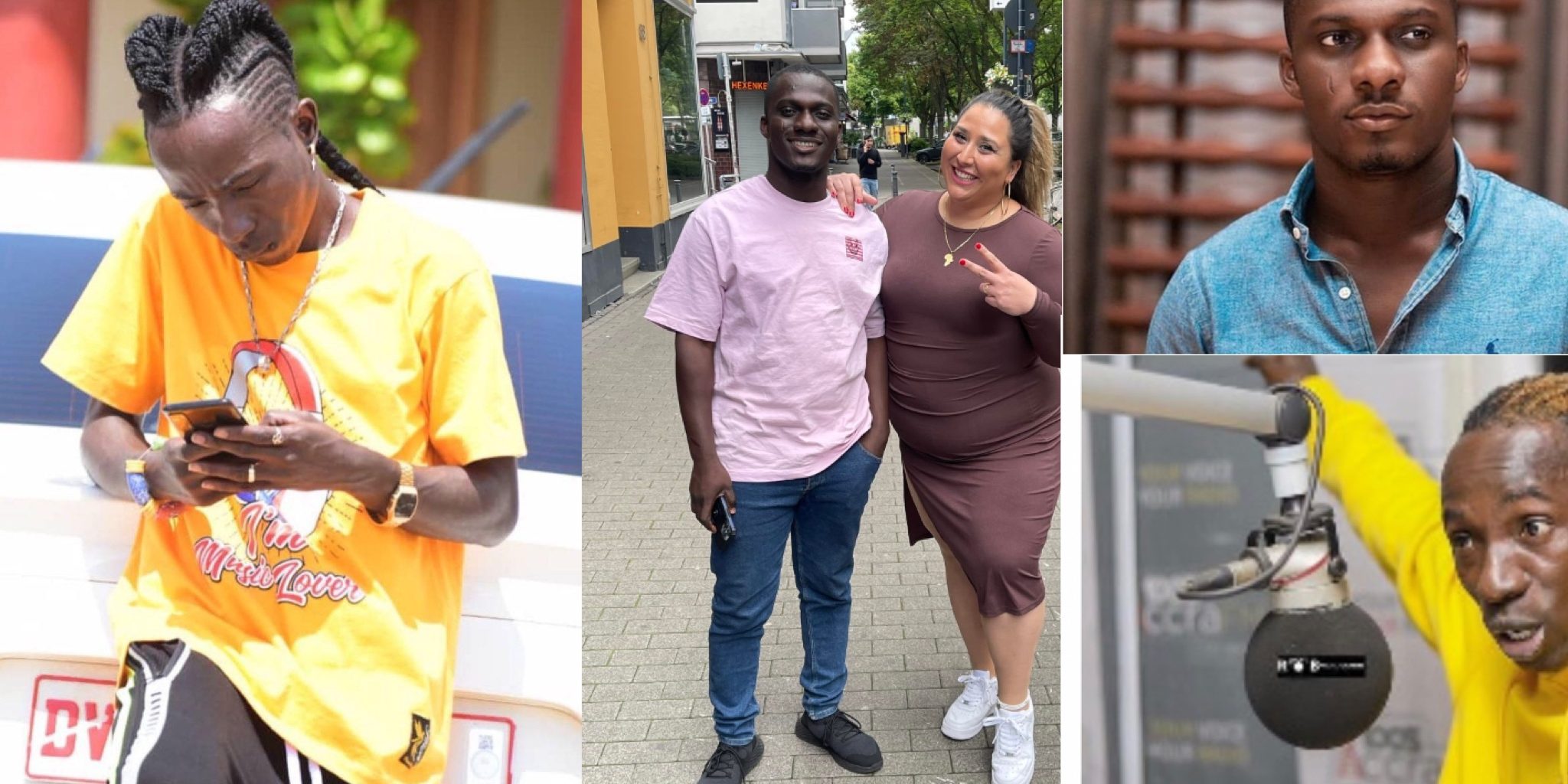 Just about a week ago, the news went rife on the internet that Swedru-based Hiplife musician, Patapaa Amisty has parted ways with his German wife, Liha Miller.

Following the emergence of the disturbing news on the internet, Patapaa granted an exclusive interview on
Kastle FM to set the records straight once and for all. As revealed by Patapaa, he hasn’t divorced his wife although it’s been months since they both saw each other because Liha is a professional nurse in Germany.
He continued that he loves his wife to the core and
there’s no way her will end things with her just because of distance. We don’t know what happened within these few days
after negating the rumors that he has divorced his wife, Patapaa is now throwing tantrums on his Whatsapp status after seeing Liha in a pose with Zionfelix. According to Patapaa, Zionfelix is the reason he doesn’t want to see his wife again.

He angrily accused the renowned blogger of causing havoc in his marriage and family therefore others should be very careful of him.
Sharing a picture of Zionfelix and his wife cruising in a car on his WhatsApp status, Patapaa captioned it as;
“Is because of this guy I don’t want to see my wife again, he is the problem between me and my wife.”
Zionfelix is currently in Germany ready to interview Patapaa’s wife Liha Miller. Maybe the singer might have offended his wife in one way or the other, hence the reason behind his reverse psychology.
Let’s see how things will unfold in a couple of days
ahead. Stay tuned for more on this developing story.