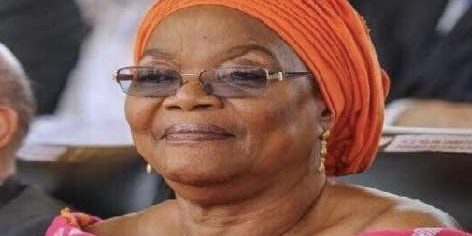 The funeral rites for the late former Second Lady of the Republic of Ghana, Hajia Ramatu Mahama, has been scheduled to take place in Accra on Saturday, June 4.

President Nana Addo Dankwa Akufo-Addo is expected to grace the funeral as its Guest of Honour.

Son of the former Second Lady and Member of Parliament (MP) for Yendi Farouk Aliu Mahama told 3news.com that the funeral is to bid his mother a final farewell.

“She served this country as a Second Lady with humility and we as a family are happy with the support Ghanaians have given the family throughout the passing of our dear mother.

“I want to use this medium to call on all friends and sympathisers to attend the final funeral rites here in Accra,” he added.

Hajia Ramatu Mahama died on April 7, 2022 at the Korle Bu Teaching Hospital after a short illness. She has been buried in accordance with Muslim customs.

The former Second Lady during her tenure championed the cause of women in leadership roles and empowered women through various social intervention programmes.

Hajia Ramatu Mahama was the daughter of the late Imoro Egala, a Minister for Trade and Industry, Minister for Foreign Affairs, Minister for Health, first Ghanaian chairman of Ghana Cocoa Board, in the First Republic and a long-standing political stalwart in Ghana through to the Third Republic; doubling as a founder of the PNP, now PNC.