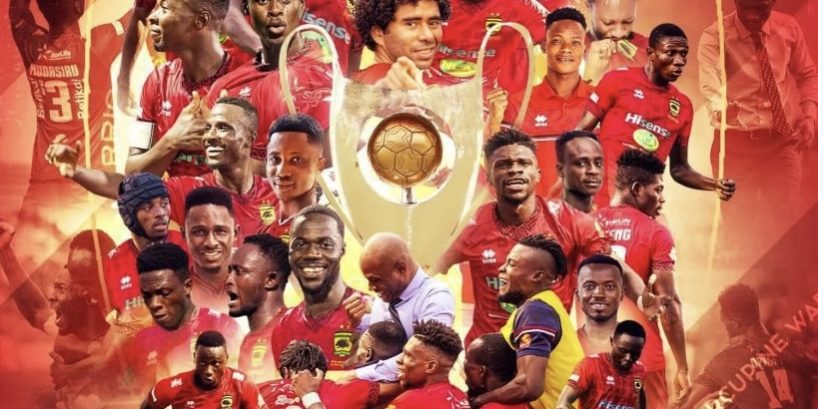 The draw was enough to secure the Porcupine Warriors’ first title since 2014, dethroning sworn rivals Hearts of Oak, who won the trophy last season.

Prosper Narteh’s team went into the game knowing that a point would be enough to secure the title with three games to spare, and they fought hard for it.

They got off to a shaky start, and the Miners took advantage, with in-form attacker Yaw Annor scoring a superb opener.

The goal came in the 10th minute, and it forced Kotoko to improve. They began to create decent opportunities, but failed to capitalise as the first half ended.

Kotoko returned from the break more determined, and they were rewarded in the 66th minute when Maxwell Agyemang headed into the net.

Kotoko held on for the draw, which confirmed their title.

Last season, they came close but fell short as Hearts of Oak won the league for the first time in over a decade.

Kotoko are deserving winners this time, having made a strong start and maintained their high level for the majority of the campaign.

They travelled to Dubai, the United Arab Emirates for pre-season, which has been praised given their spectacular run to the title.