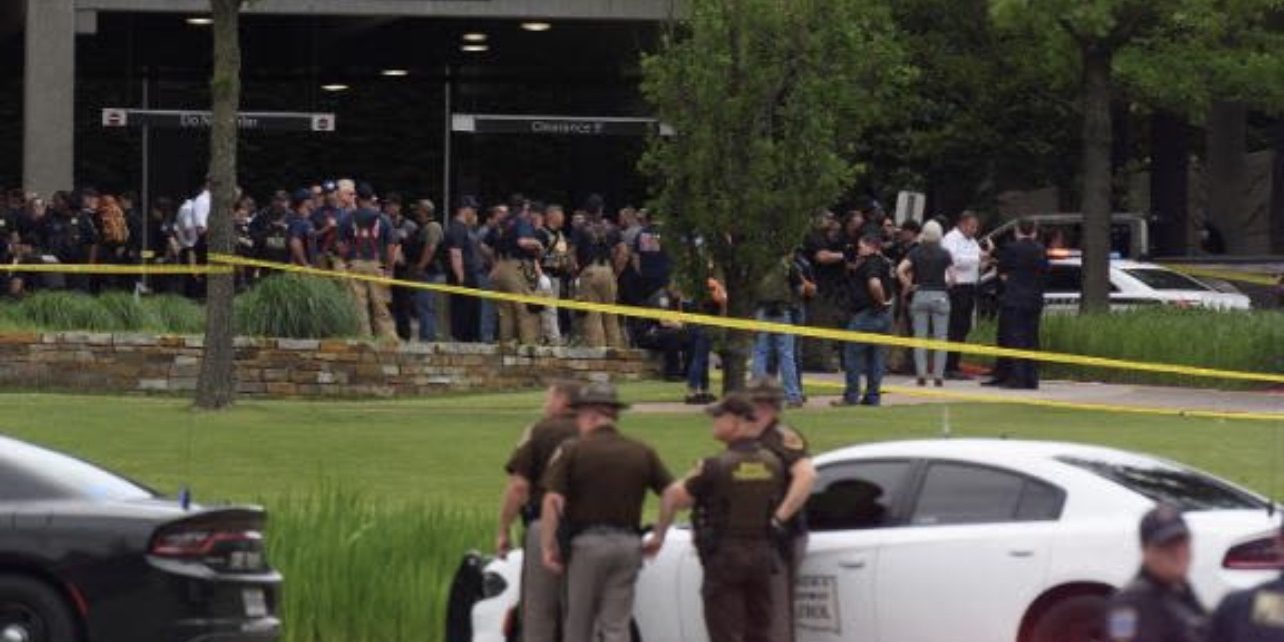 At least four people were killed Wednesday in a shooting on a hospital campus in Tulsa, Oklahoma, police said in a news conference Wednesday evening.

Several people were also wounded, though no one has life-threatening injuries, police Capt. Richard Meulenberg told CNN on Wednesday night.

Dispatchers received a call about an active shooter at the Natalie Medical Building, a physicians’ office building on the St. Francis Hospital campus, shortly after 4:50 p.m. local time, Dalgleish said.

Officers responded to the scene within minutes and made contact with victims and the suspect roughly five minutes later, Dalgleish said. The officers who arrived could hear shots inside the building, which directed them to the second floor, according to the deputy chief.

“The scene is fairly limited to one section of that floor, on the second floor,” Dalgleish said. At least part of the scene was in an orthopedic office on that floor, according to Dalgleish.

No officers were injured, he added.
Investigators are interviewing witnesses that
were in the building, Dalgleish said. One
witness was found locked in a closet, he
said.
Police said they are “getting close” to
identifying the suspect, who Dalgleish said
had one rifle and one handgun with him. “It
appears both weapons, at one point or
another, were fired,” the deputy chief said.
Authorities were notifying the victims’
families Wednesday night, Meulenberg told
CNN.

getting there as quickly as they did, very well
potentially stopping more people from losing
their life today.”
Tulsa Mayor G.T. Bynum expressed “profound
gratitude” for the first responders who “did
not hesitate today to respond to this act of
violence.
“The men and women of the Tulsa Police
Department did not hesitate,” the mayor
said.
LIVE UPDATES: Tulsa hospital campus
shooting

‘Just madness’
Earlier Wednesday, Meulenberg said
authorities had to evacuate “multiple floors”
of the building.
“It was just madness inside, with hundreds
of rooms and hundreds of people trying to
get out of the building,” Meulenberg told
CNN Wednesday night.
There has been a reunification site set up for
family members and friends at Memorial
High School west of LaFortune Park, police
added.
“There is nothing more this community could

act,” Cliff Robertson, the Saint Francis Health
System CEO, said in the news conference.
President Joe Biden has been briefed on the
shooting, a White House official said. The
White House is closely monitoring the
situation and has reached out to state and
local officials to offer support.
The Bureau of Alcohol, Tobacco, Firearms
and Explosives is also assisting on scene,
the ATF Dallas Field Division said on Twitter.
“What happened today in Tulsa is a
senseless act of violence and hatred,”
Oklahoma Gov. Kevin Stitt wrote on Twitter. “I
am grateful for the quick and brave actions
of the Tulsa Police Department and other

first responders who did their best to contain
a terrible situation.”
In a statement posted on Facebook the Saint
Francis Health System wrote all
appointments in certain locations scheduled
before noon Thursday have been canceled
“to allow our staff and caregivers the
opportunity to process today’s tragic
incidents.’
“Additionally, the Warren Clinic Orthopedic
offices in the Natalie Building will be closed
for the balance of the week,” the system
wrote.

“I just knew that it was a shooting’
Debra Proctor was in another building on the
hospital campus for a doctor’s appointment
when she heard police sirens ringing out.
When she stepped outside, first responders
were lined up everywhere, she told CNN.
Proctor, who has been a registered nurse for
more than four decades, said it was a
“shocking” scene.
“Police were everywhere in the parking lot,
up and down the surrounding blocks,”
Proctor said. “They were still arriving when I
was leaving.”

Kalen Davis, a lifelong Tulsa resident, was
waiting in traffic around 5 p.m. local time
when she saw multiple police cars
responding to the scene.
In a video she shared with CNN, authorities
can be seen running toward a building with
their guns drawn. Two officers are seen
taking long guns out of their trunks as more
emergency vehicles race to the scene.
“I just knew that it was a shooting situation
because I saw police running with rifles,
Davis, 45, told CNN. “That’s when I got
emotional.”

Indian accuses England to return stolen diamonds back to them after Queen’s demise.
September 20, 2022