The 4 Seasons: Meteorological and Astronomical 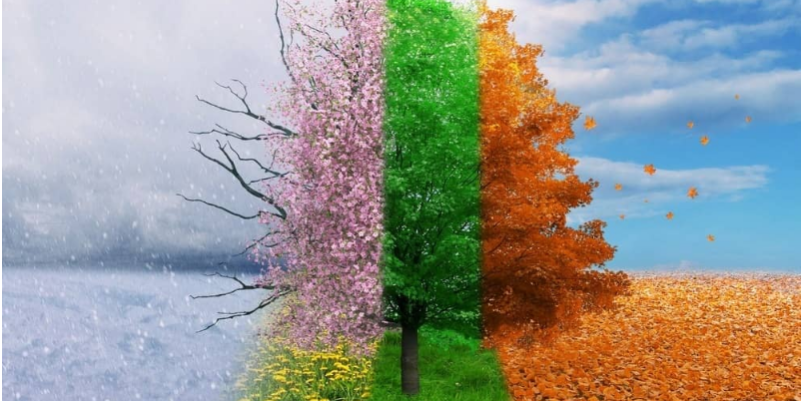 Learn about the 4 seasons of the climate.

When do spring, summer, fall, and winter start and end? It depends on which definition you use and if you are north or south of the equator.

The Earth’s axis is slightly tilted in relation to its orbit around the Sun. This is why we have seasons.

How exactly do seasons work?

In most cultures, including all western countries, the year is commonly divided into four seasons:

Since the year has 12 months, each season lasts about three months. However, the dates when the seasons begin and end vary depending on whom you ask. Two methods are most commonly used to define the dates of the seasons: the astronomical definition and the meteorological definition.

The astronomical definition uses the dates of equinoxes and solstices to mark the beginning and end of the seasons:

What are equinoxes and solstices?

The beginning of each season marks the end of the last.

Because the timings of the equinoxes and solstices change each year, the length of astronomical seasons within a year and between years also vary.

According to the meteorological definition, the seasons begin on the first day of the months that include the equinoxes and solstices. In the Northern Hemisphere, for example,

Opposite Sides – Opposite Seasons

The Sun: Our home star

The question which definition to use divides countries and regions around the world. For example, Australia and New Zealand use the meteorological definition, so spring begins on September 1 each year. In many other countries, both definitions are used, depending on the context.

In Ireland, St Brigid’s Day on February 1 is often thought to mark the beginning of spring in the ancient Celtic calendar system. Some cultures, especially those in South Asia have calendars that divide the year into six seasons, instead of the four that most of us are familiar with.

In Finland and Sweden, the dates of the seasons are not based on the calendar at all, but on temperatures. This means that the seasons within each county start and end on different dates, depending on the regions and their climate.

In Iceland, the first day of summer, a national holiday, falls on the first Thursday after April 18.